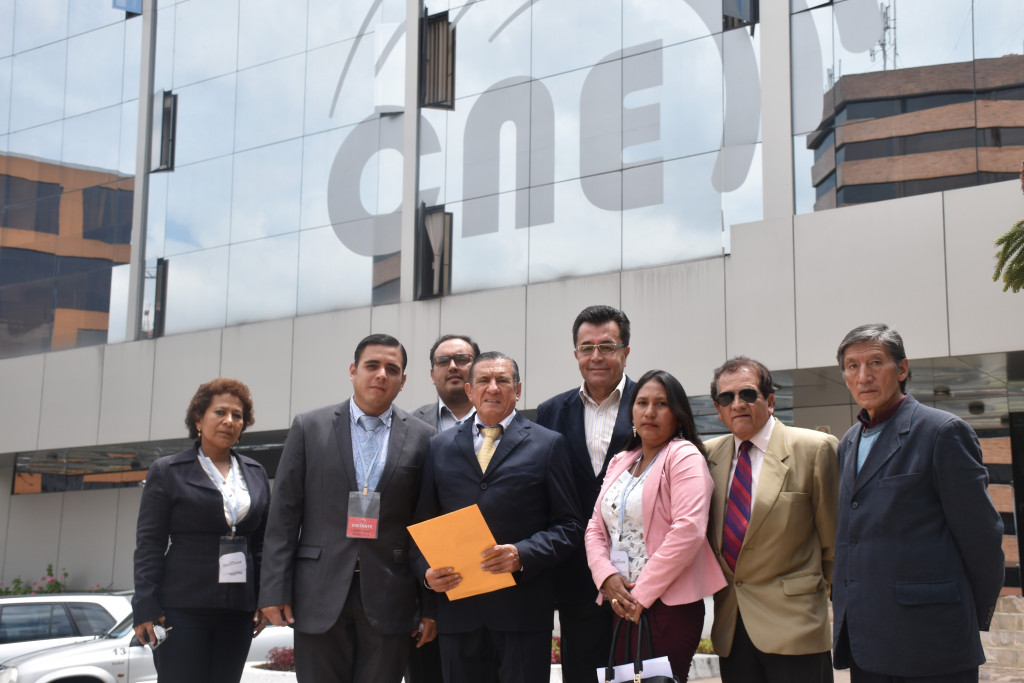 Under the provisions of the Code of Democracy and the regulations for the registration of political parties and the registration of boards, Sanchez, accompanied by a group of provincial delegates handed to the CNE: their statutes, mission statement, government program, symbols, acronyms, logo, color, name of the management bodies, certificate of incorporation of the national and provincial boards.
He emphasized that the affiliations delivered to the electoral body, are refined, in order to be “immediately processed, so we have a new party.” He also added they are requesting the CNE to assign number 7 to the new party “because it is available and it was the number of the previous party, our former Prian.”
​
Sanchez also said that besides the affiliations delivered yesterday to the CNE, next week they expect to make another delivery of about 36,000 more affiliations.
Wilson Sanchez stressed that despite the new party “starts from scratch,” it is considered as a democratic option to take part in the elections of 2017, and emphasized that among its aspirations, “are having a happy and democratic Ecuador, where Ecuadorians can live without fear, safely and in a country where there are no drugs or corruption.”
In order to be granted legal personality, the party shall gather 175 000 valid signatures in support. The CNE will have to verify the delivered signatures and notify if the registration was achieved.
Alvaro Noboa goes for the fifth nomination
Wilson Sanchez does not rule out the possibility of making national alliances or having dialogues with other political organizations,“excepting movements that have supported this government.”
He points out that the members of the new party “are completely open to any possibility of dialogue” in order to “get the country out of the serious current economic situation.”
He further revealed that the former Prian leader could run for president for the fifth time with or without alliances. “Alvaro Noboa will be our presidential candidate and this is the proposal we make because we trust on Alvaro,” Sanchez said.
Best regards,