Mimo, the Ecuadorian horse of businessman Alvaro Noboa, was again mentioned by a publication of the National newspaper El Universo. The text summarizes the work and good performance Mimo had in 2014.

The publication recalls the triumph of Mimo during the last race of the Classic of National Breeding on 1,800 meters. After his victory, the Equestrian Journalists Association of Ecuador (ACHE by its Spanish acronym) chose him as the best colt of the year.

The newspaper also said that the colt counts 10 victories, something that has called the attention of the Ecuadorian media. This has been a good year for Mimo, who in binomial with jockey Jofre Mora, who has a record as the top winner in its category. 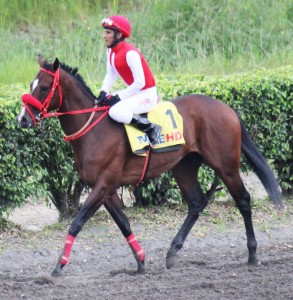 the Ecuadorian horse of businessman Alvaro Noboa, who has a record as the top winner