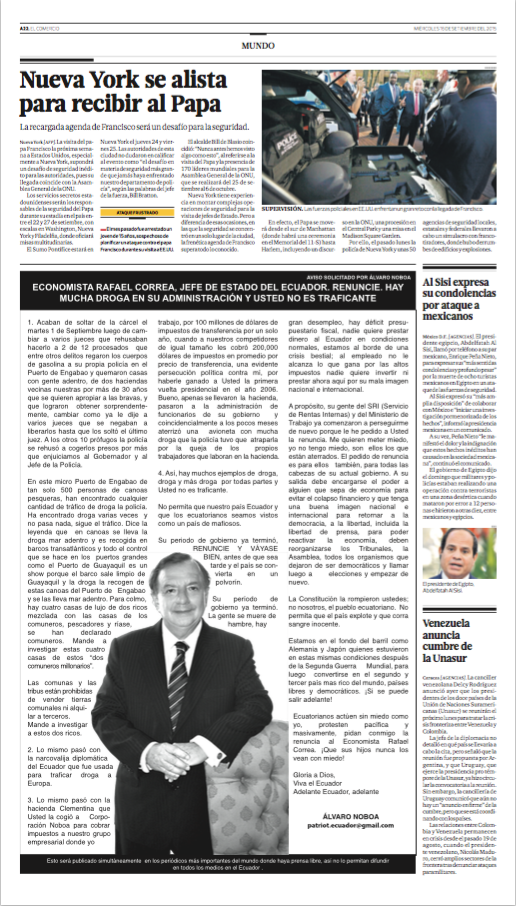 Alvaro Noboa published a notice in El Comercio newspaper of Peru. There he requests the resignation of President Rafael Correa and explains the economic and political situation in the Ecuador.