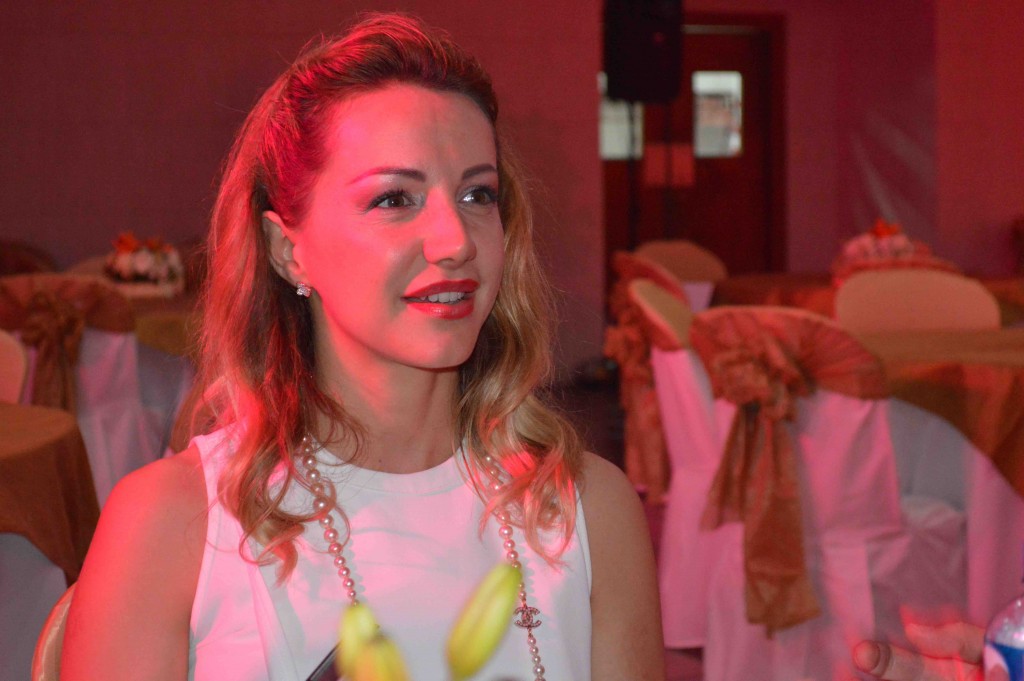 Arinna Bianchi, an Italian Singer was in a concert offered by the lawyer Alvaro Noboa in “Industrial Molinera” The last Thursday.

With flowers on each table perfectly arranged, colored lights onstage, Ariana Bianchi, italian Singer, awaited the beginning of her recital. She does not speak spanish, however, with a translator´s help, she told us how happy she was to be in Ecuador and how beautiful it is.

Arianna said the evening´s presentation would be a surprise, and so it was, as she sang “Amore mio” in a voice so spectacular it thrilled the audience. All numbers sung in english, spanish and italian were forceful and passionate.

Arianna has been singing since she was 6, but launched a profesional career, as a singer, at age 20. She has two original songs and is still working to publish her own record. Her favorite genders are soul and country music.

It was the businessman Alvaro Noboa, who contract to offer a recital to their employees last nigth thursday  May 28th on Industrial Molinera offices.