Alvaro Noboa, the leader that works for social development 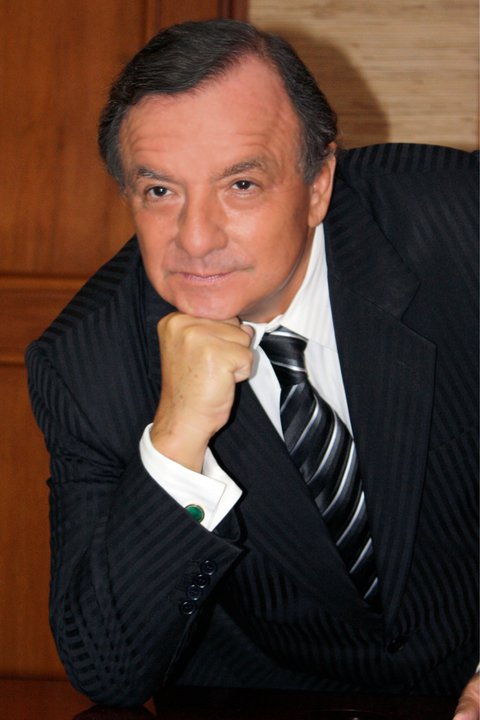 As a Businessman, Alvaro Noboa has been developing for 26 years an immense social work with his employees in favor of the poorest in the country, through his foundation “New Humanity Crusade,” which provides education, health, employment and protection to vulnerable groups of society.

Being close to the needs of people, the pain, the illness and death, living minute by minute the bitter reality of our country, which is afflicted by poverty, corruption, inequality and social injustice, developed in Alvaro Noboa a commitment to service and work for the transformation of Ecuador.

An ideal that in order to materialize, demanded the exercise of politics as the best instrument to serve the people. Alvaro Noboa then decided to form a new modern and united political party, to replace the traditional particracy of Ecuador, which has privileged its interests before national interests, and to become a hope and certainty of a change for development, social justice and national welfare.

In order to achieve a strong democracy that remains over time, the civic participation of citizens is necessary. This is a responsibility that requires to shed off personal interests and  to provide all our efforts for the good of the country.

Alvaro Noboa: His career as political leader in Ecuador

In 1998, Álvaro Noboa aspired for the first time to be President of the Republic and won the elections with support of the majority of the Ecuadorian people. The appalling electoral fraud carried out back then, remains as history, allowing Jamil Mahuad to become the President of Ecuador, only to confiscate money from Ecuadorians soon after his inauguration, leaving them submerged in poverty and making him responsible for the worst moral and economic crisis of the country.

Pursuing his ideal of change, in 2000 Álvaro Noboa launched his candidacy for President of the Republic for a second time, reaching to the second electoral round against Lucio Gutiérrez. He obtained an important block of 10 Congressional Representatives and the support of 2,300,000 Ecuadorians who voted for change, but unfortunately, Lucio Gutiérrez was elected President of Ecuador by a narrow margin.

The great social transformations that formed the basis of Gutiérrez’s campaign and the fight against corruption became empty phrases that brought about the fall of Gutiérrez, just like Mahuad, after scarcely two years as President of the Republic.

The Political Career of Alvaro Noboa

Álvaro Noboa’s fight continues. The PRIAN List 7 was officially recognized as a political party by the Electoral Supreme Court (TSE) on 9 April 2002. And in the same year, though the PRIAN was a new party, it became the second political force in the country after having taken part for the first time in the intermediate elections and obtaining 19 mayoral seats, one prefecture, 119 councillors and 7 advisers at the national level.

Álvaro Noboa launched his PRIAN candidacy for President of the Republic for the third time, registering his candidacy in the TSE on 15 August 2006.

With a proposal for liberal democratic government and for social justice based on the free market, openings for foreign investment, and an ambitious housing plan, which together would achieve the generation of employment and place emphasis on the quality of education and healthcare, Álvaro Noboa won the first electoral round on 16 November 2006. With the election of 27 Representatives and National Congress Representatives, he converted his PRIAN party into the leading electoral force in the country whereby he obtained the Constitutional mandate of Congressional President, an honor which fell to Jorge Cevallos who at that moment was Party Director and representative of Manabí.

With the promise of a citizen’s revolution and a fully empowered Constitutional Assembly, Rafael Correa won the second electoral round. Little time would elapse before constitutional guarantees and the state of law would be breached in Ecuador.

On January 5, National Congress is established with Jorge Cevallos elected as President of this body. Sadly, after scarcely two months in office, he betrayed the leader of his party, and the PRIAN ideals and allowed, in alliance with Correa’s government, the unconstitutional destitution on 7 March of 57 congressmen of the opposition, among them 24 representatives of his own party at the hands of four members of the Supreme Electoral Tribunal presided by Jorge Acosta. Cevallos also allowed the police to surround Congress, impeded congressmen from reaching their seats, and illegally empowered substitutes who were subsequently called the “Tablecloth congressmen” after Teleamazonas discovered them in the company of Galo Abril, Secretary to the Minister of Government, and filmed them with television cameras as they ran away from the Puembo Inn hiding under tablecloths.

The PRIAN disciplinary tribunal decided to expel Jorge Cevallos from its ranks on Sunday, June 10, 2007. At a press conference, party director Dr. Vicente Taiano stated that the resolution was based on Article 41 of the PRIAN statute “for having departed from the party line”. On that day those PRIAN congressmen who were reinstated by the Constitutional Tribunal, whose resolution was disavowed by Cevallos, described their former party colleague as a government spokesman incapable of defending the autonomy of the legislative branch and who remained silent before the avalanche of physical aggression and the lynching attempts by government payrollees who assaulted their fellow party members and other congressmen of the opposition who had elected him as Congressional President.

The betrayal was confirmed months later when Quinto Pazmiño, advisor to Finance Minister Ricardo Patiño, disclosed secret recordings, taped by Patiño at the República hotel in Quito where Jorge Cevallos, as transmitted by Teleamazonas and the rest of television media, negotiated the Carrizal Chone project in exchange for a congressional resolution to approve the referendum’s statute in illegal and unconstitutional terms.

The PRIAN was right; it was opposed to the referendum which was in clear violation of Article 283 of the Constitution which required President Correa to present it before Congress for its approval and denounced Correa’s attempts to put an end to liberty and democracy installing a Constitutional Assembly similar to that of Chavez.

As time has confirmed, the fully-empowered Assembly sponsored by Correa to reform the Constitution and transform the juridical framework of the State, has revealed itself as an anti-democratic and dictatorial instrument which has made a mockery of popular mandate and dedicated itself to generating and imposing a XXI century socialism similar to the communism of Castro and of Chavez. It seeks to curtail public freedom, the rights of Ecuadorians, and, via a centralizing, statist regime, concentrate power in order to govern with authoritarianism and without accountability, such that, in compliance with the aforementioned objectives, the Assembly dismissed Congress from its functions.

Defending the interests of Ecuadorians, and above all those of the poor who will be the most affected by this socialistic system, Álvaro Noboa decided to participate in the Assembly, with a liberal constitutional proposal of social justice, thus becoming, on September 30, 2007, a National Assemblyman, thanks once more to the support of Ecuadorian men and women who identify with his ideals of progress and wellbeing.

His fighting spirit, the love for his country, will never be diminished. Consequently, Álvaro Noboa, acting as an Assemblyman, led the voice of those in opposition protesting constitutional violations on the part of the Assembly, such as outright partisan legislative activity as that which occurred with the approval of the inappropriately named Equal Taxation Law.

On Sunday, January 13, 2008, PRIAN governing boards from all 24 provinces denounced the political persecution of which their leader Álvaro Noboa is a victim.

The government majority of the Assembly approved the partisan tax law to harass Noboa and to harass the Ecuadorian people with a package of taxes, turning the Internal Revenue Service into a fascist secret police. For this reason Counselor Noboa did not render an asset declaration. Had he done so, the Internal Revenue Service would have conjured up penal charges in order to incarcerate Noboa, given that in this country there are no constitutional guarantees, nor right to a defense. The PRIAN boards thereby manifested their support and solidarity for their leader.

Discharging their duty, the government majority proceeded to expel Álvaro Noboa from the National Constitutional Assembly on January 12, 2008, in a clear demonstration of political persecution hoping to eliminate any sign of opposition and to continue to exercise fully given powers without any kind of accountability.

The 7 Assembly Members of the PRAN will continue to raise their voice and to defend liberty and democracy. THE FIGHT CONTINUES.

FORWARD, ECUADOR, FORWARD! That is the motto of change – UNTIL THE END. FOR THE TRANSFORMATION AND THE GREATNESS OF YOUR COUNTRY. 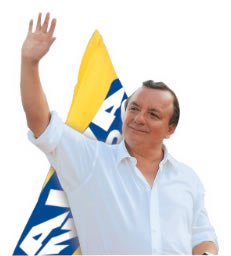 The idea of aspiring to the presidency of the Republic has deeper meaning still for Álvaro Noboa, which is to carry out the transformations that Ecuador requires in order to establish the basis for development, creating ways to move forward with a vision of the future in order for Ecuador to leave behind being a poor third-World country, in order for Ecuadorians to live with dignity and to exercise fully their rights.

The Presidency is a means, but not an end for Álvaro Noboa; the important thing is to continue working for social development; to be conscious of how he, as a wealthy man, is privileged by it and that through his social actions he can invest his wealth in improving the quality of life for those most in need.

His ambition is to be remembered as: “A man who fought for change of Ecuador, who worked for the poor, for the transformation and grandeur of his country”.