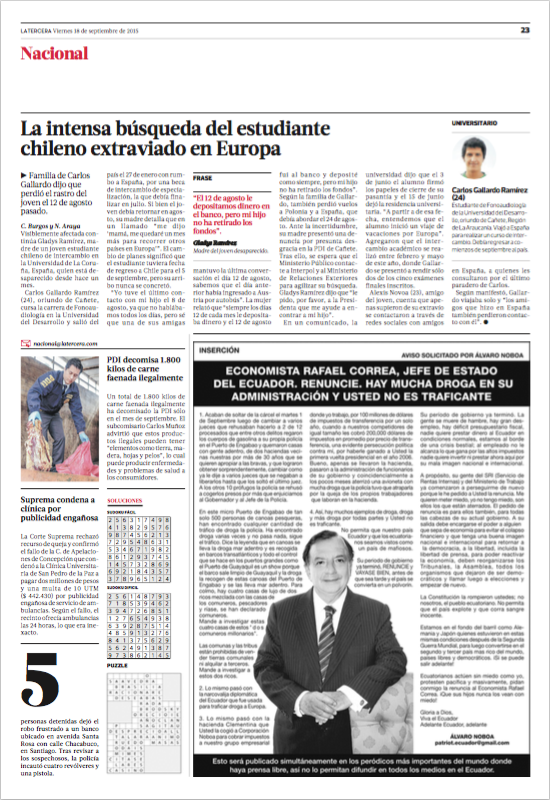 In Chile the newspaper La Tercera was the one that published the notice of Alvaro Noboa requesting the resignation of the Ecuadorian President Rafael Correa and mentions the problems of drug trafficking that have been linked to the government.