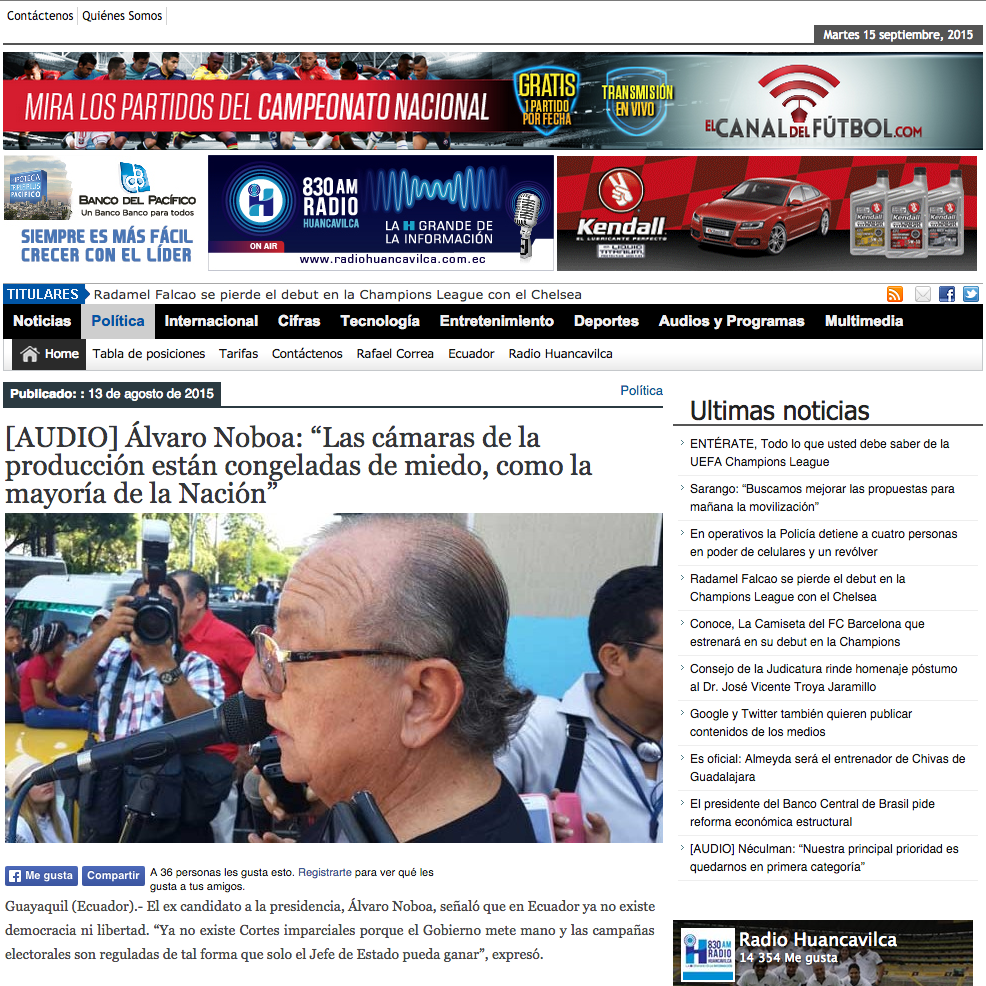 Guayaquil ( Ecuador ) .- Former presidential candidate Alvaro Noboa , Ecuador and noted that there is no democracy or freedom. ” Already there is no impartial courts because the government puts hand and election campaigns are regulated so that only the head of state can win ,” he said .

Moreover, he insisted that Rafael Correa is leading the country to the model of Cuba and Venezuela . Also, Noboa stressed that the chambers of commerce are frozen with fear as most of the nation, and for that reason asked the people to “not allow their children to see with fear, because fear is learned ,” he said .