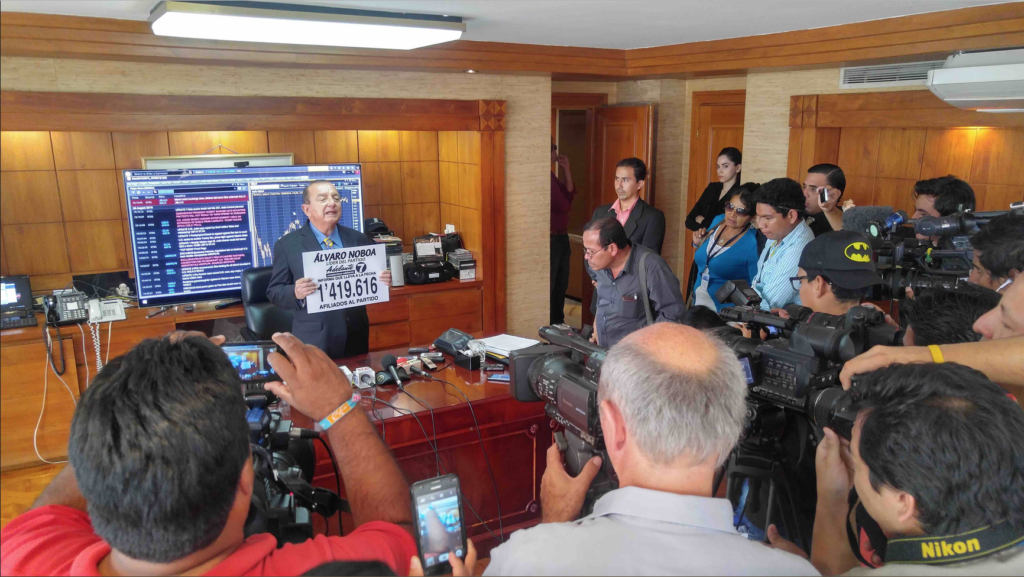 He said that they will continue collecting signatures, and that in the coming days they will deliver more affiliations to the National Electoral Council.

“Ecuadorians there is a fever that is running in the vein of all Ecuadorians, a fever of change, a fever of hope, whose symptoms are reflected in the number of affiliations that keep increasing in the list 7 “ADELANTE ECUATORIANO ADELANTE”

In two weeks or three (weeks) they have already collected 250,000 additional signatures, and this new sign shows them that we are now with a cumulative of 1’419.616 signatures that have been and will be delivered to the National Electoral Council. “

Noboa thanked the national support received by Ecuadorians, noting that he would not rest until he reaches a consensus with the other candidates, so that democracy returns to Ecuador.

At the end he said that he will not stop fighting until he gets a change for Ecuadorians, where there is work, good health, quality education in Ecuador.