During the national convention national of the Adelante Ecuatoriano Adelante party, its leader Alvaro Noboa, accepted his presidential nomination, amid the ovations of national and provincial delegates, and his supporters, who were present.

the proposal arose from hundreds of supporters and was proclaimed by the national director of the party Wilson Sanchez, the same that was then approved by the delegates of the National Electoral Council Marcos Jaramillo and Margarita Berrezueta.

“Ecuadorians, I want inform you in this moment that I accept the candidacy to the presidency of the republic and I declare that I will be the new President of Ecuador from May 24th, 2017, with the inspiration of god and the support of the Ecuadorian people,” said the presidential hopeful after accepting his proclamation.

After referring to his proposals to take Ecuador out of the crisis, Alvaro Noboa revealed that his wife Dr. Annabella Azín will run for Legislator. “Dr.. Annabella Azín, who has dedicated her life to serve the country will be part of the Assembly.”

The presidential candidate for the Adelante Ecuatoriano Adelante party, said that so far his group has 2’063.183 affiliates, an important figure that reflects the great acceptance it has, because “I’m second in the polls without being a candidate.”

Wilson Sanchez announced that on October 29 they will announce the name of the Vice-President candidate who will accompany the Ecuadorian businessman in his career to Carondelet. They will also disclose the names of the national and provincial assembly members and the Andean Parliament.

During the first National Convention of the Adelante Ecuatoriano Adelante party, the ratification of the national leadership of the party, its control bodies, the provincial directives and other nominations took place. (i) 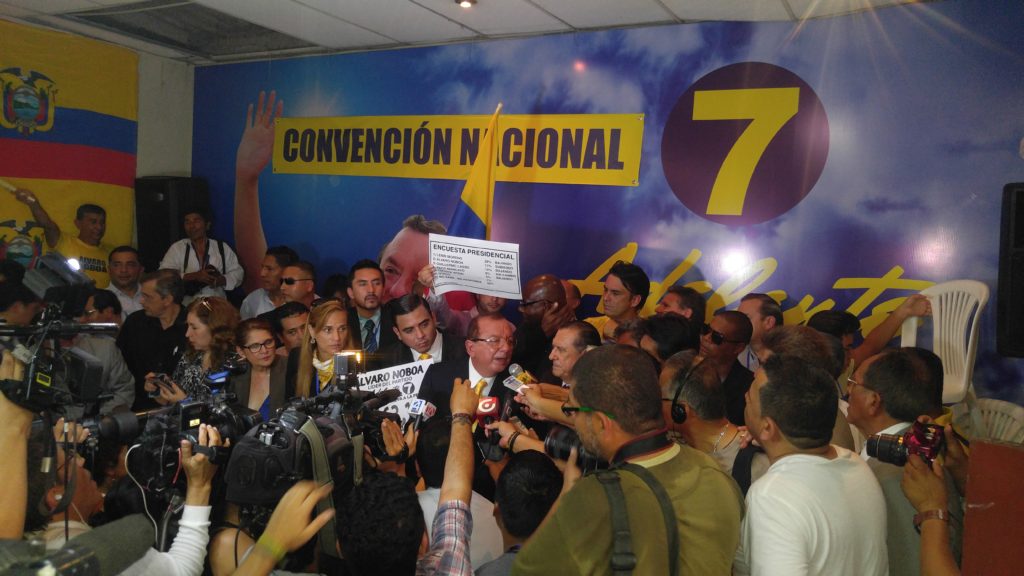