Amid great expectations, this Saturday November 7, 2015, the Ecuadorian businessman Alvaro Noboa, began the  affiliation campaign of the political party ADELANTE ECUATORIANO ADELANTE, which would take charge of the former PRIAN initiatives.

At a press conference, Alvaro Noboa announced some details of the new party he leads and he says will be part of the future government, which aims to end what he considers a “political, economic and corruption disaster that infests Ecuador.”

“My mission in this war will be to take Ecuador out of its state of poverty, to be one of the richest countries per capita in the world (…) I will wipe out  corruption, drugs, poverty, the dictatorship and everything that has made us border the uncivilization, I want to turn this country into one of the most civilized and advanced countries in the world.”

Noboa raised the possibility of his participation in the upcoming elections on behalf of the party, he advanced that if that´s the case, he will make alliances with other candidates or political groups, which as he revealed would be a leftist pairing.

Likewise, he accused some politicians as those responsible for impoverishing the country and plundering the treasury. “All those politicians, instead of engaging in stealing those they work for, they should help the poor -something they preach as a great doctrine,- this country is full of new rich, who have plundered the treasury, and being Ecuador a country of mining, agriculture, bananas, gold, copper, oil, fishing, etc., this country is in poverty because of those politicians who have dedicated themselves to rob the poor of Ecuador.”

During his speech, the Ecuadorian businessman presented some of his objectives, which are to attract investment to the country, generating economic resources, more modern education systems, decent housing, food basket at low cost, the elimination of taxes, the increase in production, improvement of the public health system and finally the union of the Americas.

After his speech, Noboa, along with party officials in formation, met with different groups of followers and supporters to share concerns and future projects. 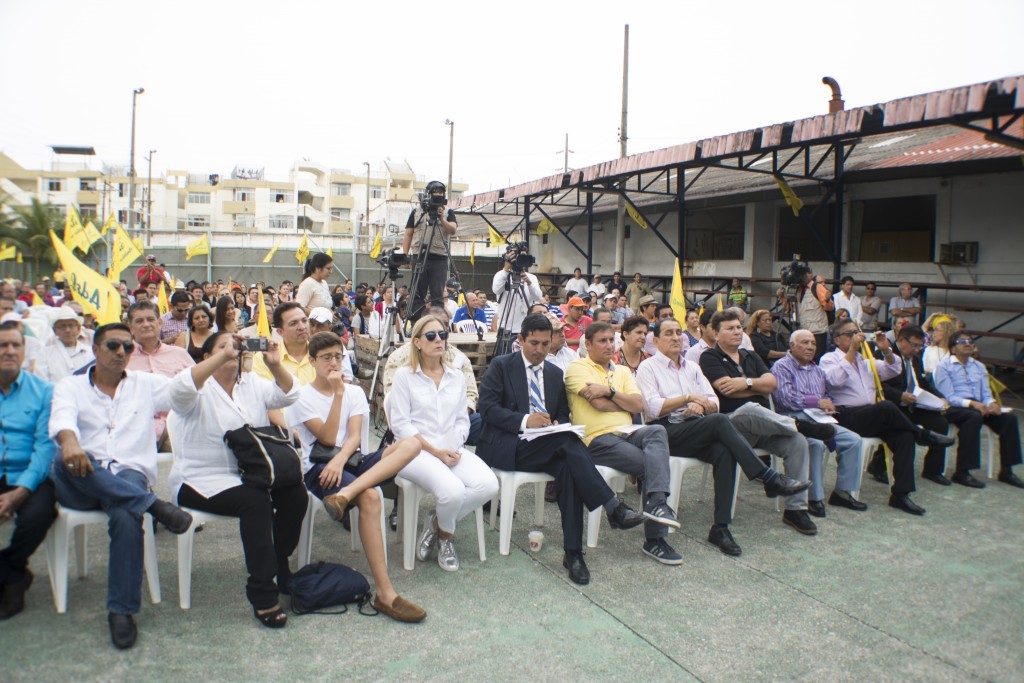