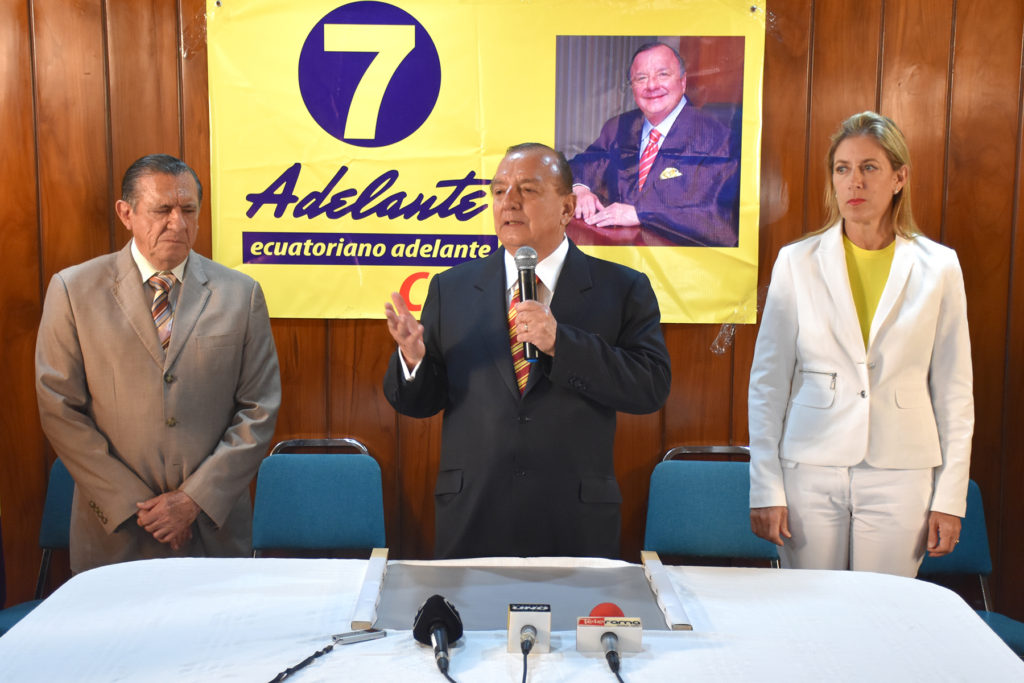 This afternoon, Alvaro Noboa, leader of the recently recognized Adelante Ecuatoriano Adelante party, spoke about his affiliate program, he qualifies as “a complete success,” since he stresses that four days ago, the party had 1’164.588 affiliates, a number that continues to increase, making this new political organization “in one of the two parties with more affiliates in Ecuador.”

Noboa stated he has held talks with other political organizations and does not rule out possible alliances. He also expressed his desire to bring the country out of the crisis, revealing some proposals: the creation of new jobs, job security, health, the replacement of arrogance by dialogue, free education, the abolition of the inheritance and capital gains laws, lower food prices, lower taxes, lower crime levels, credit lines, legal and economic security to attract foreign investment, wealth, among other plans.

“Our proposal: to solve the problems of all Ecuadorians, of the poor, the middle class, of entrepreneurs, professionals, of everyone because a president has a duty with all Ecuadorians.
The most critical problems are: unemployment, high cost of living, high prices for food and consumer goods; the people working for the the Government, the bureaucracy, the teachers, the military, they want stability to stop increasing unemployment in the country, and I agree with them; there are problems in education, people want free education and want freedom to choose their profession.
Health problems: The Ecuadorian people still want to receive more than two pills, they need the adequate access to health care, because they need it and deserve it.
The people complain about high taxes, and all Ecuadorians work for their children, not to swell the state coffers with the heritage law.

The solutions for those who want a renovation in the country and not continuism, is easy for a businessman like me who has become the largest employer in the country and the largest taxpayer in the country, it is simple, we just have to attract the dollars Ecuadorians have abroad, not by force, nothing works by force. We will attract billions and trillions of dollars that sit idle in tax havens or in international banks, so investors have a good profitability instead of a 00.1% return granted by those banks. Money is abundant in the world! But in order to bring that money, we must grant legal certainty, and those entrepreneurs have to be welcomed with open arms by the Ecuadorians, in order to create jobs, and generate more wealth for both the pockets of the Ecuadorian families and the State,” explained Noboa. 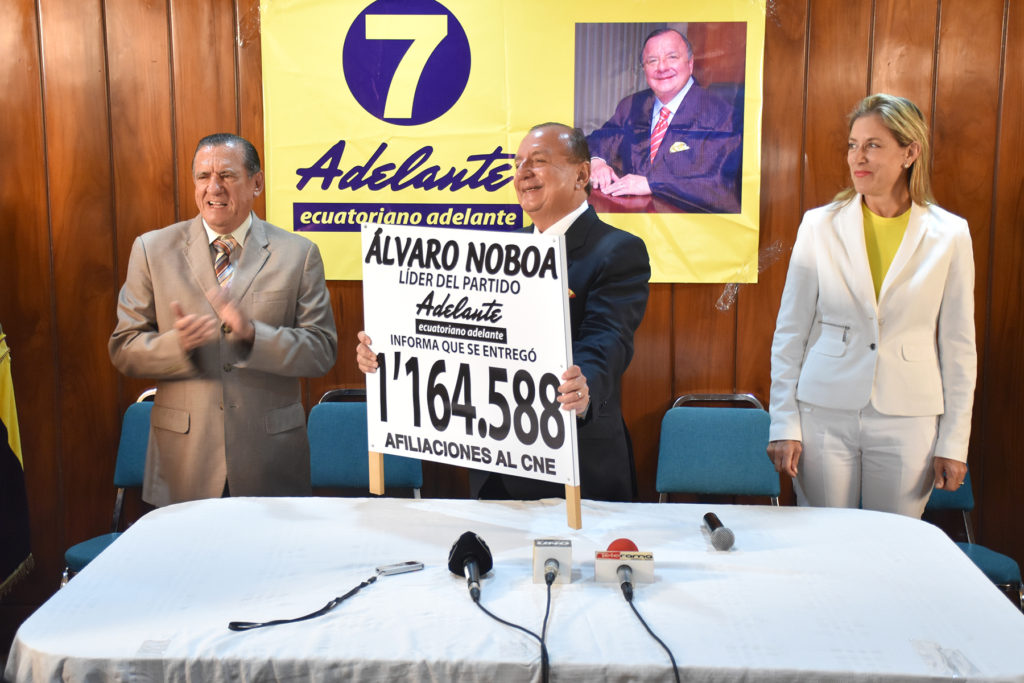