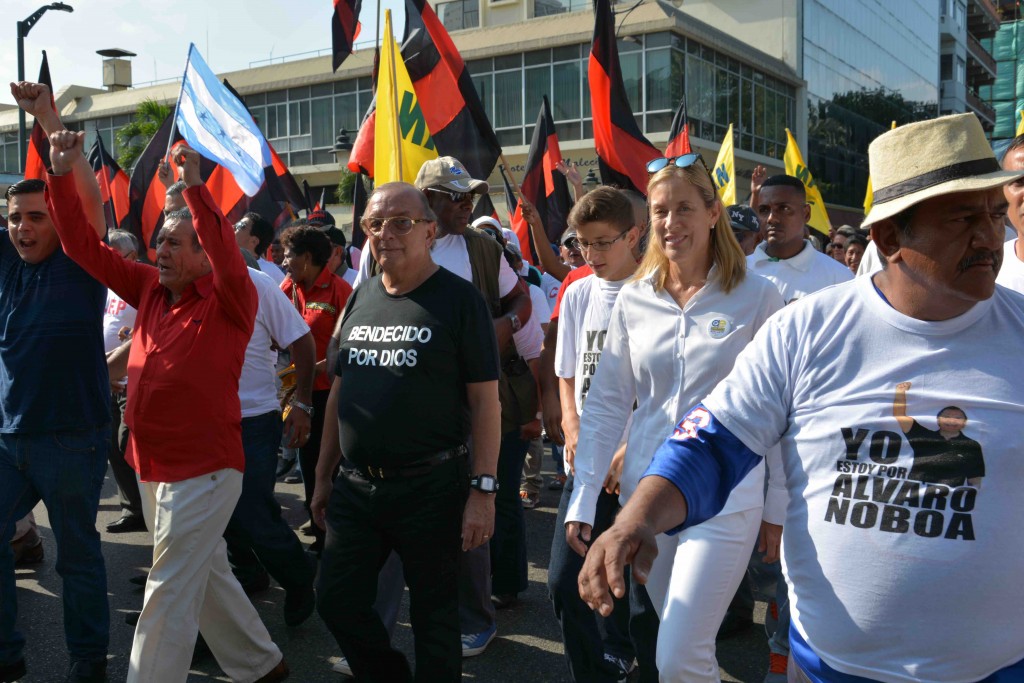 At 15:00 of Thursday, August 13th, at the building exteriors of Banco del Litorial, took place the march of Alvaro Noboa against the policies of the government of Rafael Correa.

Hundreds of people, including citizens and members of political groups as CFC and Patriotic Society, were present to show their support to the national strike organized by social groups and indigenous movements in Quito.

After giving a speech, Alvaro Noboa led a walk from the Malecon, to turn right towards the 9 de Octubre Avenue and continue up to the Centenario Park, in Guayaquil downtown.