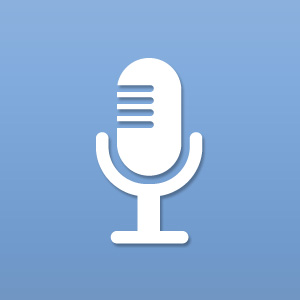 MY NEPHEWS ARE LIKE MY SONS AND THEREFORE I SUPPORT BARCELONA

In an interview with Otto Sonnenholzner in Radio Tropicana, Álvaro Noboa emphasized that his economic support of Barcelona is in support of his nephews, Antonio and Luis Noboa Ycaza, directors of the Club.

“It’s the first time that they ask me for help.  Some weeks ago they came to me saying that they needed to financially breathe life into the team, something that the Grupo Noboa has decided to do.”

Barcelona is at the point of becoming champions after 14 years, said Noboa. My support is an express response.

“It is a way of bestowing pleasure on the Ecuadorian people, who are 80% Barcelonistas, and of rewarding my nephews for their magnificent work.”

Otto Sonnenholzner: Candidate for President of the Republic, Alvaro Noboa Pontón, who yesterday gave notice in an appearance somewhat removed from the normal ones for a Presidential candidate, more like a sports and financial issue. Attorney Noboa, good day, welcome to Tropicana.

Álvaro Noboa:  Thank you very much.

Otto Sonnenholzner:  Counselor, at this stage, what is your support or participation with the club, with the Barcelona Sporting Club due to?

Álvaro Noboa:  Well, first I should say that although Barcelona is in its highest moment of glory, after many years, thanks to the administration of my nephews Antonio Noboa Ycaza and Luis Noboa Ycaza, it’s also going through cash flow problems. It needs  oxygen in the financial area. Barcelona has had a relationship with Grupo Noboa for 50 years. The first Barcelona shirts were from Quaker: they said, “Quaker is Quaker, the rest are fakes.” They were also with Coca Cola, which was a company in the group and then during the Isidro Romero administration they also had a lot of successes, a lot of championships were won also with the support at that time of Grupo Noboa. Since ’98, there’s been 14 years of bad administrations until in the end the club fell into good hands, into the hands of Antonio Noboa and Luis Noboa. A few weeks ago they came to me saying that they needed to financially oxygenate the team, something that Grupo Noboa has decided to do and they think that those loans that have been given at the moment, can be paid once the victories, the final, of becoming the champions of all of Ecuador  is achieved, and as time goes by and they restructure in the coming months.

Otto Sonnenholzner:  Counselor, there are people who say that you could link this to your electoral issues, and with your electoral campaign. This is the first time that you are supporting the directorship of your nephews in this period?

Álvaro Noboa:  It’s the first time that they’ve asked me. I am not a person who has been a sports director, therefore, I’ve never, in my case, personally done it. But I see that there is a national call that says that 70% or 80% of the public are Barcelona fans. It’s a way of being able to bestow pleasure upon the Ecuadorian public and a way of rewarding my nephews for their magnificent work.

Otto Sonnenholzner:  Counselor Noboa, is this perhaps an end to the irritation between your nephews and you brought about by the visit to Carondelet while a gigantic case is pending between your business group and the IRS?

Álvaro Noboa:  That was already put behind us some time ago. We spoke about it and they understood my irritation. That’s already behind us.

Otto Sonnenholzner:  Counselor Noboa. How will you continue your campaign? In an earlier interview with this station, you said that your 2009 campaign was a bad campaign; that it wasn’t well organized, or that at least you were not satisfied by it.  In fact the results were different to what you were used to, that is to say, a finalist. How are you going about this campaign so that the numbers will be different from those you had in 2009?

Álvaro Noboa:  In this campaign, I am working more, similar to 2006, to ’98, and today I have improved because with the years comes maturity.  My conversations with the Press are much friendlier. The press is the best representative for any politician. Today I have an excellent relationship with Ecuavisa, before I didn’t have a good relationship.  I have a good relationship with the newspapers, and the channels and the radios that I didn’t necessarily have at that time. Every time a journalist asked me uncomfortable questions, I reacted badly. I don’t do that anymore. I think about it and I respond in a calm way. In the same way, I’m using that maturity in all the areas of my campaign. We are very well organized. The PRIAN has become, together with Alianza País, the one that has had the most affiliate signatures, according to the CNE.  The PRIAN was able to have its lists qualified in the 24 provinces, as well as in the United States, in Europe, in Latin America, the candidates for the immigrants, its national list, its Andean Parliament list. So, I don’t believe there are many parties, or any at all, except Alianza País, that have had candidates in one sole province. The PRIAN has achieved that in all the offices for Assembly Members, it has candidates, whether, I repeat, provincial, national, immigrant, Andean Parliament.  I have also made alliances with all those parties who ended up with 5000 signatures less, with 10,000 signatures less and did not qualify, but if you add together five of those alliances there are something like 500,000 signatures, or that is to say, 500,000 signatures is a very important amount of affiliates who are supporting, besides the PRIAN, my presidential candidacy and my running mate, Dr. Annabella Azín. Dr. Annabella Azín is also doing a great job.

Otto Sonnenholzner:  Thank you very much, Counselor Noboa, for having talked with us this morning.

Álvaro Noboa:  Thank you very much.