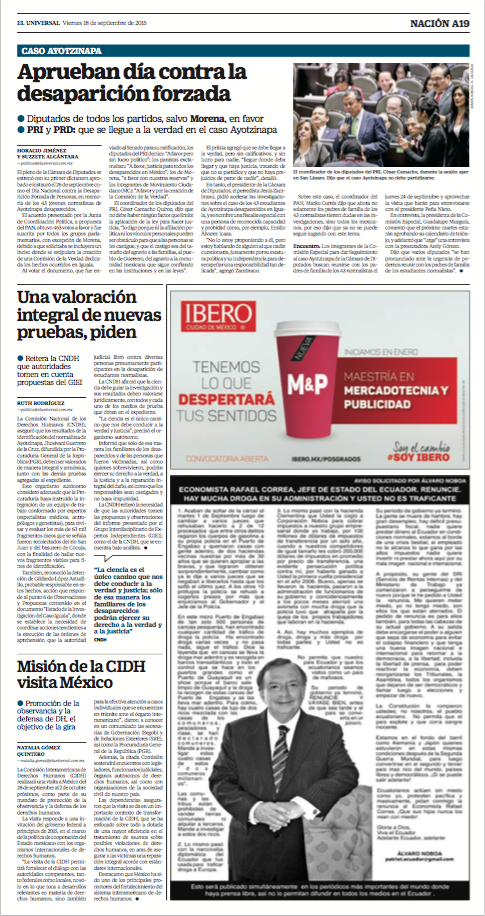 El Universal, the leading source of news in Mexico, published the notice of Alvaro Noboa, in which he requests the resignation of the president of the Ecuador, Rafael Correa.

He mentions the problems of drug trafficking that have been linked to the government and the diplomatic pouch and properties belonging to the state, the same that generate a bad image for the country.

Noboa makes a call to Ecuadorians to protest peacefully and massively; with him to demand the resignation of the president.