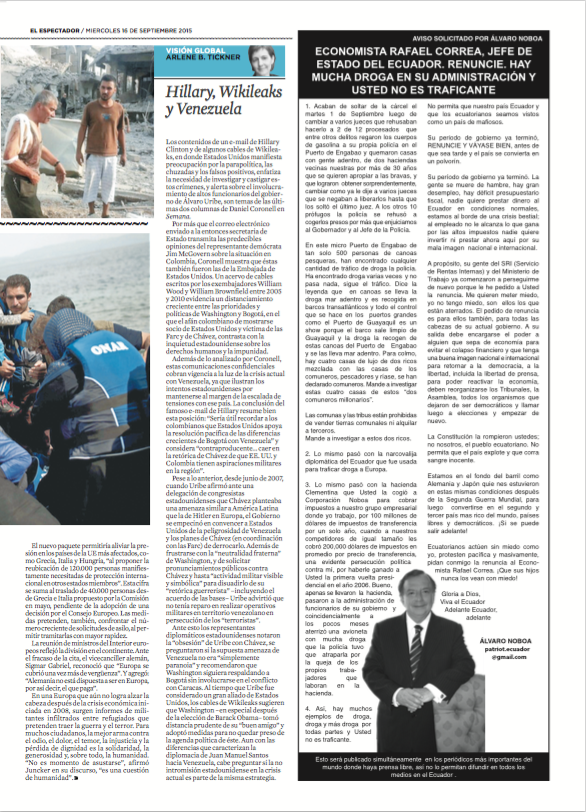 The Colombian newspaper El Espectador also published the notice of Alvaro Noboa, in which he requests the resignation of the president of Ecuador and explains the economic and political situation in Ecuador.