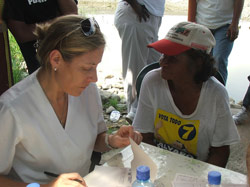 The New Humanity Crusade Foundation and Alvaro Noboa medical Brigades continue to provide medical attention and medicine free of cost to hundreds of victims in cantons belonging to Guayas and Los Rios.

Annabella Azin, Director of medical brigades attended to over 500 persons, both children and adults in the areas of general medicine, pediatrics and dentistry. In declarations to the press Azin said that during this emergency, as in others, Alvaro Noboa extends aid to victims in a silent way, through The New Humanity Crusade Foundation delivering banana, pineapples, food rations, water among other supplics. 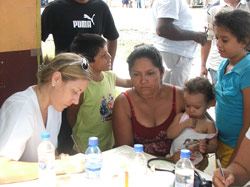 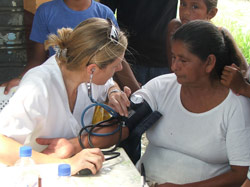 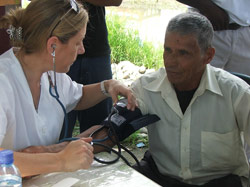