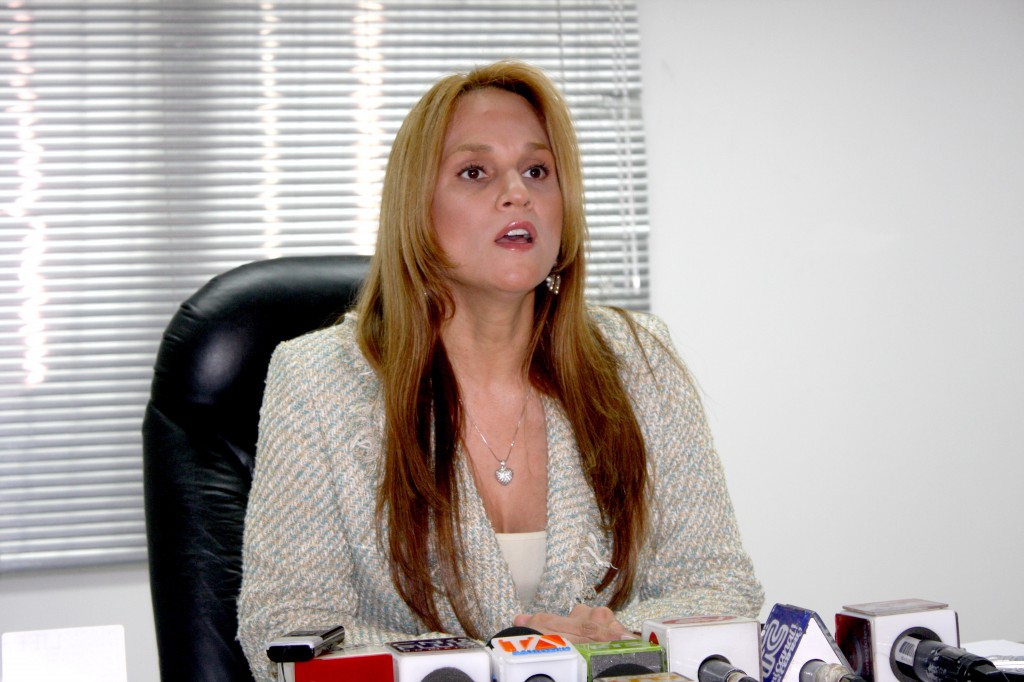 Seizure and sale of property is a disguised confiscation

Through a public letter addressed to Ecuadorians and foreigners, the Attorney of Exportadora Bananera Noboa S.A., Dr. Sylka Sanchez, published this thursday April 25 of 2013, in El Universo and El Comercio newspapers, with a copy to the embassies and chambers of commerce,  Exportadora Bananera Noboa denounces that the seizure and eventual sale of property is a disguised confiscation which is prohibited by the Constitution.

In this document, the company explains, that is of public knowledge the dispute that is being processed before authorities and judges, between Exportadora Bananaera Noboa and the Internal Revenue Service (SRI), with its officials and judges afraid of the retaliations of the political power since some magistrates have been removed and imprisoned for not submitting to the pretensions of the SRI, what shows that the justice depends on the Government.

The letter also makes reference to  the alleged tax debt as illegal and forged clandestinely, reason why they have not been allowed to take the argument to judicial authorities violating the guarantees of due process, but reiterates that they will continue to litigate in an absolute state of powerlessness, here in Ecuador, where is a previous condition before going to supranational courts in search of impartiality and justice. It clarifies that once the dispute is over they will pay the amount ordered by an impartial judge.

The letter signed by Dr. Sanchez, insists that the Director of the SRI, Carlos Marx Carrasco, has not been able to explain why, in year fiscal year of 2005, the SRI, pretends to collect from Bananera Noboa the sum of $ 49,2 million, while Dole, that in the same year exported more fruit than Bananera Noboa, only paid $ 700.000 for tax income; Chiquita $ 39.500; Reybampac $ 14.219; and Del Monte $ 11.748. This is discriminatory and proves the political persecution, and is a bad reference to the investors. There is no legal certainty in this country, says the letter.

And adds that “all the abuse within the tax area against businessman Alvaro Noboa are being witnessed by local and foreign investors; if this happens to the largest business group in the country, they could suffer the same fate”.

Indicates that there is a perverse political persecution going on which has damaged the image and the honor of businessman Alvaro Noboa, who is the number one taxpayer at a personal level, with this false debt, it has been carried out a campaign damaging the reputation of a moral citizen and businessman, of whom, the Director of the SRI, said left the country illegally when he left under a legitimate and constitutional  judgement as the habeas corpus.

Part of the persecution plot is the last statement from Economist Carlos Marx Carrasco, based in an information provided by an alleged Attache of the Investigation Office of the National Security Department of the United States Government, stating that Lawyer Noboa had left the country on March 15, which is false, as recognized publicly by the Minister of Interior, Jose Serrano, who admitted the mistake before the media.

It concludes pointing out that ” we will continue to litigate nationally and internationally until we can prove this reality” and that they hope, as an Ecuadorian company, that President Correa will open to a dialogue, or failing this, to a civilized debate, for the truth to be revealed, according to the principles, values and rules that shape the law, which, in Ecuador, live, independent of the passage of a justice administration that has been guillotined within its independence and impartiality.

PUBLIC LETTER TO ECUADORIANS AND FOREIGNERS

It is known the dispute which is being processed before authorities
and judges between Bananera Exportadora Noboa S.A. and the
Internal Revenue Service SRI, in other words, before officials
of this organism and judges with a high level of fear toward the
retaliations resulted from the political power which has already
removed, imprisoned and sentenced honorable judges who
didn’t want to submit their independence to the SRI pretensions,
armed with constitutional motivated reasons, only. The alleged
tax debt is illegal and has been forged clandestinely, that is why
the political power has never allowed to be questioned before
any judicial authority, impartial or biased; the collection procedure
is manifestly unconstitutional, illegal and arbitrary, however, we
continue to litigate, in an absolute state of powerlessness, here in
Ecuador, because it is the condition to be met before going to the
supranational courts in search of impartiality and justice, to which
we will go necessarily and once the dispute is over we will pay the
amount determined by an impartial judge.

The current law establishes that the exceptions presented by the
company under duress, paralyze, with full legal rights, the execution
procedure as, literally, withheld in article 214 of the tax code,
however, acting in an absurd and pathetic way, the SRI, under
a reform of the article 968 of the civil procedure code, which is a
general and ordinary law, never predominant before an organic
and special norm (article 132 of the Constitution), has imposed it,
based on tactical strength of power, and continues to promote the
procedure suspended by the law, before the unjustified inertia of the
judicial organs required to intervene.

For that reason, we make public, that all the distraint obtained by
the tax agency and the eventual sale in the future is a disguised
confiscation prohibited by the Constitution, acts vitiated by radical
nullity, what makes recognizable the infringement of civil liberties,
which are recognized nationally and internationally by the approved
legal conventions, which we will honor if necessary with the
improvements envisaged to satisfy the Ecuadorian State, but paid
by the authors of the legal abuse.

Against those “so-called” seizures there are pending and in
process: a nullity action with full legal rights before an administrative
authority, a non-admission complaint at the district tax court, an
exception lawsuit before the same organism and an ordinary lawsuit
for the nullity of the coercive action, so if the sale stage is reached,
also in an open abuse of power, the authors of these abuses will
have to respond, as the persons that supported them by action
or omission, in the country, the day after this government and
internationally, sooner rather than later.

What has not been explained yet by Economist Carlos Marx
Carrasco, is why the Internal Revenue Service (SRI) pretends to
collect from Exportadora Bananera Noboa S.A. (EBNSA), for the
fiscal year of 2005, the sum of $49’206.895,28; while Dole, a foreign
company and the largest banana exporter in the world and exported
in the year of 2005 more fruit than Bananera Noboa, information
registered in the Ministry of Agriculture, only payed for income
tax the amount of $700.136,37; Chiquita $ 39.500,02, Reybanpac
$14.219,11 and Del Monte $ 11.748,13. And they pretend to collect
form Bananera Noboa $ 49’206.895,28. This is discriminatory and
proves a political persecution.

This is a bad sign for local and foreign investors who want to
invest in Ecuador, since is known that in Ecuador there is no legal
certainty. Currently, Ecuador has based its economy is the high
prices of oil, but the people working in the oil business are very few.
it is required to develop, in a large scale, commerce, agriculture,
industry, mining, fishing, tourism, and private businesses in
general so there is employment foe everyone, well payed jobs;
this areas are decreasing instead of growing, because the lack
of legal certainty causes that the investor loses over any claim.
In conclusion, why intervene, if the state is going to take most
of your profits and more. All these abuses in the tax area, against
businessman Alvaro Noboa, are being observed by local and
foreign investors, they see that this can be done against the largest
business group in the country, so they can undergo a worse fate.

Since 2006, the SRI has carried out a perverse political persecution,
damaging the image and the honor of businessman Alvaro Noboa,
who has payed all his personal taxes, with this false debt which will
be proved in court, they have conducted a campaign to damage the
reputation of a moral citizen and businessman. We are the largest
business group and private employer of the country.

This forged falsity, and exposed before the country by the Director
of the SRI, about the normal, regular and peaceful departure of
Alvaro Noboa , under the legitimate and constitutional judgement
of habeas corpus, reveals his desire to slander him, as he has done
definitely, always under the protection of the power itself, that has
managed to intimidate, temporarily, the justice administrators. To
pretend, to convince the country, that the habeas corpus does not
guarantee the freedom of movement of people, is the same that
affirming the squaring of the circle, but the absence of academic
ethics and the presence of attorneys who subscribe to that view
is what embarrasses our country before the civilized world. And
afterwards, they regret the reaction of the defenders of human rights
for the attacks against them by a tribal legal anti-culture, which
shamelessly, has a voice in this country!

Part of the persecution is the last statemet from Economist
Carlos Marx Carrasco, based in an information provided by an
alleged Attache of the Investigation Office of the National Security
Department of the United States Government, stating that Lawyer
Noboa had left the country on March 15.

Lawyer Alvaro Noboa left the country legally after March 20. date
in which a constitutional judge grated him an habeas corpus
that lifted the prohibition to leave the country issued illegally and
unconstitutionally against him. The mentioned judgement of March
20 remains in force since no Ecuadorian judge has revoked it, and
as provided in the Constitution, only a judge of the judicial function,
not an administrative employee of the SRI, can forbid the departure
of a person. Lawyer Noboa left the country after March 20 as
registered in his passport with entrances to another countries.

We are powerlessness because it was never possible to address
the issue; the debt they pretend to collect does not exist, since no
competidor, larger or similar to Bananera, has being charged in the
same way. We were never allowed to litigate and using their power
in court they have filed the challenging claim without addressing the
issues above mentioned. We will continue to litigate nationally and
internationally until we can prove the reality.

Only then the Ecuadorians and foreigners will invest in the country
when they see that there is justice in Ecuador. The unemployment
will end and the nation will have an economic boom.

We expect, as an Ecuadorian company, as patriots, an opening
from the Ecuadorian President, to a dialogue, or, failing this, to a
civilized debate with any authority of the SRI, with all the consultants
and before any impartial audience, about this case, for the truth to
be exposed according to the principles, the values and the rules
which shape the law, that, in Ecuador, live, independent from the
passage of a justice administration which has been guillotined in its
independence and impartiality.

Chambers of Commerce around the world