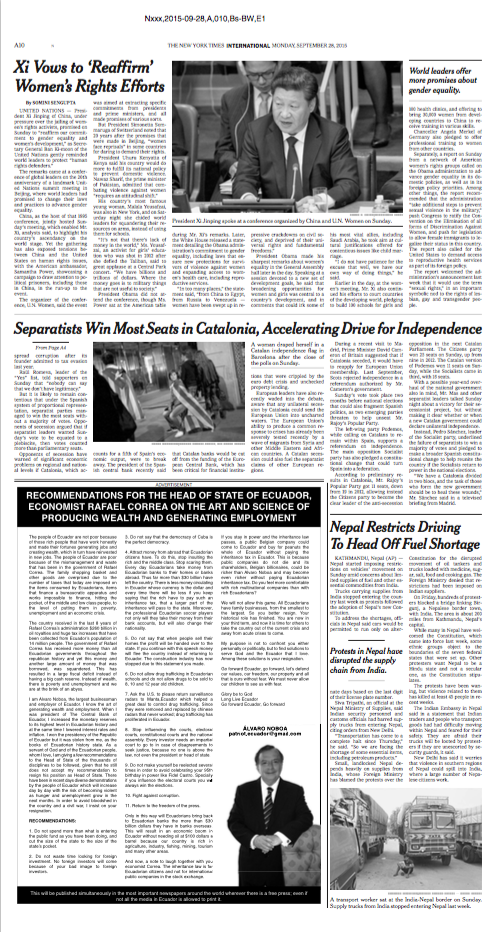 One of the most important newspapers in the United States published the notice of Alvaro Noboa in which he requests the resignation of Rafael Correa, president of Ecuador, and mentions the problems of drug trafficking that have been linked to the government.