Do they believe their power is timeless?

Since Tuesday October 22 of 2013 the Internal Revenue Service has been conducting a pathetic show, distorting the powers under national law to become a bizarre “yard sale of vehicles,” vehicles certainly can not sell because they simply do not belong to them and because there is no a single firm judicial declaration that provides it.

The funny thing about all this is that Mr. Patricio guideline has purchased a dodge truck used in 2012 by more than sixty thousand dollars when the cost of a new one is less than this value.

Still More curious, a citizen named Italo Zambrano acquired one of these vehicles on Tuesday October 22 in USD $ 43.647.57 and bought another vehicle on Wednesday, October 23, 2013 at $ 78,200.00. At this rate, when finished this mocking “auction hammer shank” this wealthy gentleman will have a collection of cars which is not normal, but must justify the origin of their income.

We wonder who are the buyers of these goods? How much tax income have they declared? what are their annual incomes?

Just remember that one of the lucky buyers of a MERCEDES BENZ in NINETY THOUSAND FOUR HUNDRED DOLLARS is Dr. Luis Fernando Velez Cabezas, who was assemblyman from Sociedad Patriótica political party who later voted with the Alianza País political party for Fernando Cordero reelection as President of the Assembly.

As a man who declares zero earnings for income tax until 2008 can buy a vehicle nearly 6 figures? Those are the things that the Ecuadorian press should investigate. 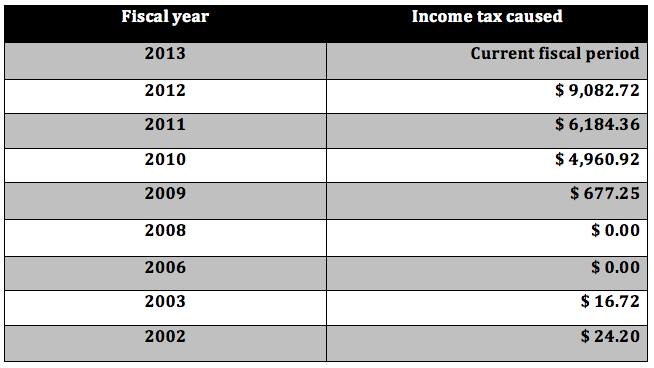 We will exhaust all ways for all the details of the purchasers of goods that do not belong to SRI and from now we alert them that this is a real legal battle in order to be punished wether in a national or international level.

Today we will go to the Court of Justice of Guayas to initiate processes for collusion against all purchasers in bad faith in this mocking auction being conducted by Internal Revenue Service. This is not the end of the story, is just the beginning of the second half. Our duty is to fight for the rights to free Ecuadorian enterprise for effective judicial protection as a principle guidance of a rule of law and full force of a limited state by the Constitution and laws and not by the Internal Revenue Service impositions.