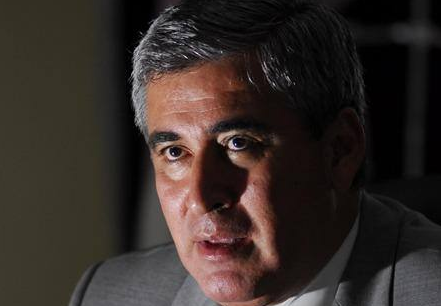 Doctor in Law, Juan Vizueta, one of the main legal representatives of Bananera Noboa Export.

Juan Vizueta, Bananera Noboa Exporter attorney (EBN), announced Thursday afternoon October 24 that they found inconsistencies in the information of those who bought goods seized from the company and they were auctioned by the Internal Revenue Service (SRI).

He cited for example, that a person who registers zero on your return income tax for the year 2012 acquired a luxury vehicle. While other reported values considered by Vizueta as low to justify the purchase of vehicles of up to USD 65 000. Your assumption is that the process would be covering up cases of money laundering, which means that third parties purchase goods on behalf of others, and even cited the possibility of illicit money.

Therefore, submit the case to the . Financial Action Task Force of South America Against Money Laundering This is a regional inter-governmental organization grouping 12 countries in South America, Central America and North America to combat money laundering and terrorist financing. “Recall that the Ecuadorian State was already warned by this Institution, pointing out that there was not sufficient control of the Ecuadorian financial system, to verify each transaction and avoid falling into this crime as pernicious as money laundering,” said.

While preparing this diligence, this Friday October 25, will file a complaint with the Attorney, for the case investigated by the Financial Analysis Unit, but said that does not expect results there. “What we want to note is the omission”.

The Internal Revenue Service began last Tuesday the auction of property seized to Bananera Noboa Exporter related to businessman Alvaro Noboa. In two days managed the sale of 5 luxury vehicles, while this afternoon is expected the proposed purchase of stakeholders on a yacht and a boat, which also belonged to the former presidential candidate.