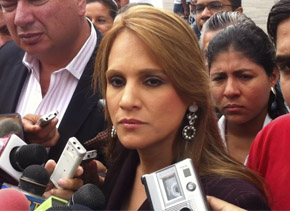 1) Bananera Noboa is taking the case to the Court of Human Rights, in the United States and Switzerland.

2) Alvaro Noboa, 4 times Presidential Candidate and leader of PRIAN, is a political persecute.

4) Rafael Correa’s Government, through Carlos Marx, Director of the SRI, threatened  the judges and prosecutors to order the imprisonment of Judge Augusto Posligua, for issuing a preventive measure in favor of Bananera Noboa, as Montecristi’s Constitution establishes.

You can read more in Diario Expreso: The Alvaro Noboa case will be taken to the United States and Switzerland