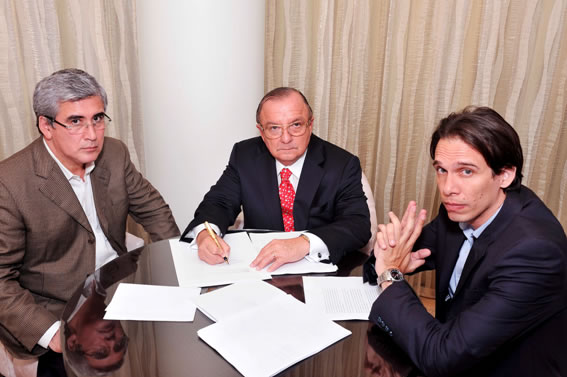 Due to the relentless political persecution of the Ecuadorian Tax Administration(SRI) against me and for the absolute absence of minimal guarantees for a fair judicial process in Ecuador, I have decided to appear before the Inter      American System of Human Rights to present a formal complaint against the Republic of Ecuador based on the second paragraph of the Article 31 of the Rules of Procedure of the Inter American Court of Human Rights, in which it clearly states that there is no requirement to exhaust of domestic remedies, when the legislation of the state concerned cannot afford the process for the protection of the right or rights that have allegedly been violated or the party alleging violation for his or her access to domestic solutions, or has been prevented from exhausting them. It is obvious that I am in both circumstances.

Surely, the Director of the Ecuadorian Tax Administration(S.R.I), ignores the fact that in the aforementioned case, the arbitrary measures taken of dispossession of the Television station, legitimately  owned by Mr. Ivcher and its subsequent sale to individuals vitiated by nullity. Surely, it was never analyzed by Judges serving the former President Fujimori, but these events were condemned by the Inter American Court of Human Rights.

I am the largest employer of Ecuador, and in three occasions I have run for President of Ecuador against Economist Rafael Correa, current head of the State of Ecuador.

Has it been the intention of the current head of the State of Ecuador to persecute, intimidate, causing me economic damage and hurting my image for being his main political opponent after I defeated him in the first round of the elections in 2006?