Last weekend, Alvaro Noboa, leader of the Adelante Ecuatoriano Adelante party and his wife Annabella Azín, visited several regions of the coast and the highlands of the country.
The elimination of several taxes such as the advanced income; the eradication of insecurity and drug micro-trafficking; free access to education; the creation of laws that benefit Ecuadorians and improve the country’s productivity and economy; the audit of the government´s administration and the fulfillment of campaign promises are some of the requests made by Ecuadorians. The leaders of the AEA party, accompanied by the candidates for legislators of the respective provinces toured the cities of Latacunga, Ambato, Guayaquil and Esmeraldas. 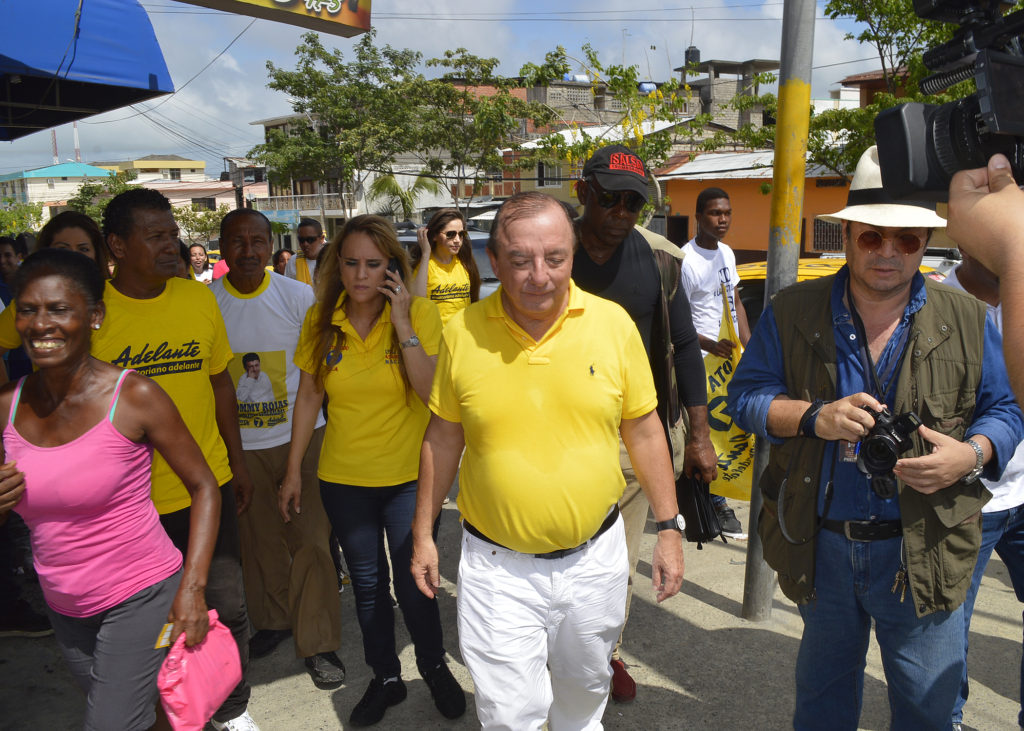